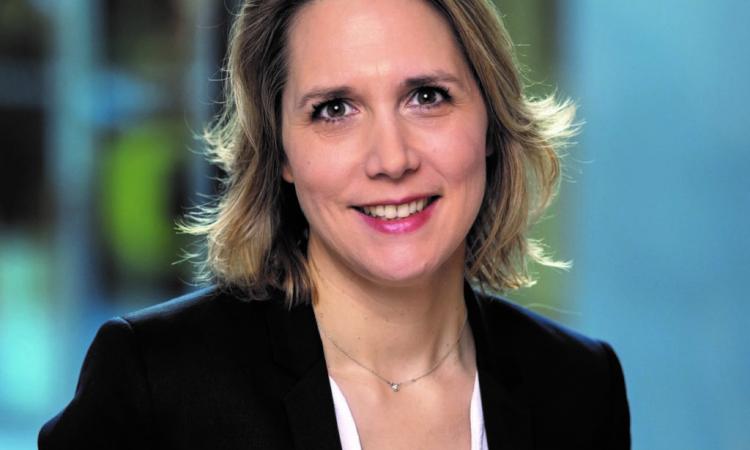 As Director of Carrefour France Hypermarkets since 2018, Marie Cheval has successfully overseen the transformation plan for the Carrefour group’s hypermarkets, a key format for Carmila whose strategy is based on their dynamism and operational synergies. As a member of the Board of Directors of Carmila since 2018, Marie Cheval has actively participated in defining and monitoring the progress of Carmila’s strategy, and she is very familiar with Carmila’s portfolio and teams.

Marie Cheval is a graduate of Institut d’Études Politiques de Paris and École Nationale de l’Administration (ENA). In 1999, she joined the French General Inspectorate of Finance. From 2002 to 2011, she held a number of positions with the La Poste group and La Banque Postale. In 2011, Marie Cheval joined the Société Générale group as Director of Global Transactions and Payment Services. She was appointed Chief Executive Officer of Boursorama, a listed company, in 2013.

In 2017, Marie Cheval joined the Carrefour group as Executive Director Customers, Services and Digital Transformation for the group and France. In 2018, she was appointed Executive Director Financial Services and Hypermarkets France. Following Alexandre de Palmas’ decision on 15 June 2020 to take up the position of Executive Director of Carrefour Spain, the Board of Directors instructed the Compensation and Nomination Committee to draw up recommendations on the governance of the Company and, on that basis, to launch a selection process with a view to appointing his successor.

The Board of Directors placed on record its unanimous thanks to Alexandre de Palmas for his service to the Company he joined as Director and Chairman and Chief Executive Officer on 1 July 2019. He remains a Director of the Company.