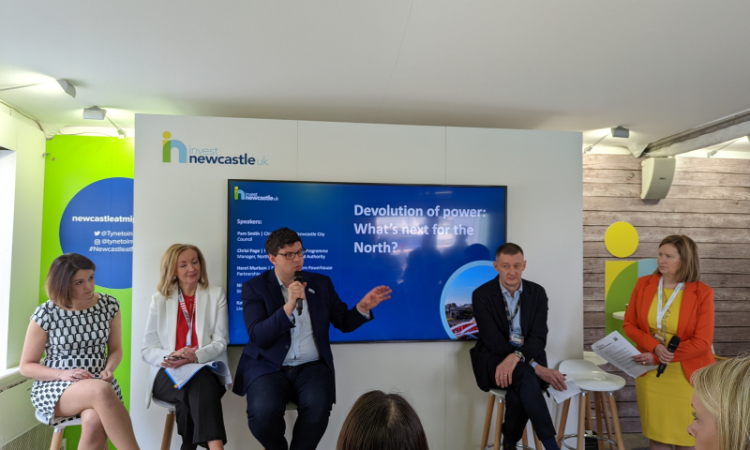 The key to successful regional regeneration and development is a "blend of big strategy and small detail" and it is essential that major projects do not distract from the day-to-day issues faced by the communities that local authorities serve according to Katherine Fairclough, Chief Executive of Liverpool City Region Combined Authority, and speaking at Mipim in Cannes this week.

During a panel discussion hosted by Invest in Newcastle, titled 'Devolution of power: What’s next for the North?' Fairclough was joined by Pam Smith, Chief Executive of Newcastle City Council, Chrisi Page of North of Tyne Combined Authority, Henri Murison of the Northern Powerhouse Partnership and Nick Walkley to discuss the challenges of local government and central government collaboration and the role it plays in making devolution work.

Much of the discussion covered the lessons that could be learned from the successes of Liverpool and established devolution deals in West Midlands and Greater Manchester.

Newcastle first received devolved powers in 2019 and following the latest announcement around further devolution and the Levelling Up agenda, which is considered by many to be the largest devolution of power in modern history, the panellists agreed that stage is set for the city on Newcastle to step forward and accelerate its position as a global destination.

Pam Smith said that Newcastle and the North were looking to learn from the successes of other UK cities and authorities such as Liverpool, the West Midlands and Greater Manchester.

Henri Murison said that it was vital to encourage 'team work' between private enterprises and public bodies.

Chrisi Page of North of Tyne Combined Authority suggested that devolution could energise the whole region and build on local skills and enthusiasm. She highlighted that there it was essential for local leaders to work together to unlock the benefits of devolution to businesses and communities.