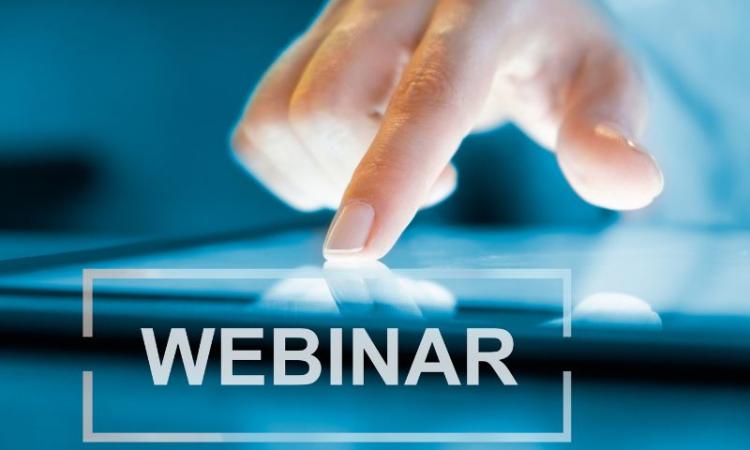 Inflation in Europe can be expected to peak later in 2022 and the risk of a prolonged downturn remains high, according to panellists on a recent international webinar hosted by FinLoop, the pan-European provider of software to the real estate debt market, which also highlighted the rises in lending margins on real estate loans.

“We expect European inflation to peak this year as the impact of food and energy price shocks and new supply bottlenecks feed into the numbers. But the key question for real estate returns is actually about the impact that high inflation and monetary policy tightening will have on growth," said Innes McFee, Managing Director & Economist at Oxford Economics.

“In our view, the impetus from reopening of the service sector will help to keep Europe out of recession, albeit the risks of a shallow but prolonged downturn are high,” he added.

Finloop's Chief Operating Officer, Dr Nicole Lux, commented; "While interest rates are still modest compared to historic levels, and property yields are at historically low levels in some sectors, even a small increase in overall interest rates will result in unsustainable ICR (Interest Coverage Ratio) levels for sectors, such as logistics or prime office and could lead to payment defaults," adding “Our analysis finds that the interest rate shift, which is already reflected in rising government bond yields and in higher financing costs, has not yet affected the real estate market, nor has it been priced in.”

Also speaking on the panel, Dr Thomas Beyerle, Managing Director of Catella Property Valuation GmbH, observed “It is becoming clear that the zero-interest-rate phase in the European currency area is coming to an end. This puts pressure on the mantra ‘real estate is an inflation hedge’. However, I believe that the first interest rate steps in the eurozone will have more of a psychological effect than a real, measurable one on real estate yields.”

As of March 2022, the inflation rate in the European Union was 7.8 per cent, with Germany recording a rate of 7.6 per cent and France 5.1 per cent. In the same month, inflation hit 7% in the UK.

The current rate of inflation in the EU is the highest since the previous peak in July 2008 when prices were growing by 4.4 per cent year-on-year. However, between 2012 – 2021 inflation was on average below three per cent. Due to increasing costs for consumers such as rising food and energy prices, interest rates have started to rise. Credit markets reacted to the increases by raising lending margins on business loans, including those for real estate assets. 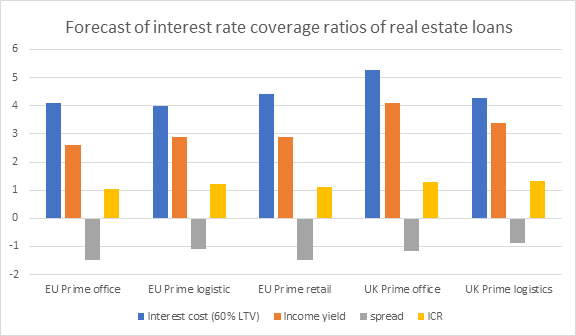 FinLoop’s analysis of ICRs for different property sectors shows that when loan margins rise by 100 basis points, some sectors will be close to 1.1 x ICR levels. During Q1 2022 increases of 50 – 70bps were already reported across lenders, leaving the average lending rate for UK prime offices in the key cities at 2.2 – 2.5 per cent (55 per cent LTV) and for Germany at 1.8 - 2.0 per cent, albeit at slightly higher LTV on average (60 per cent LTV).