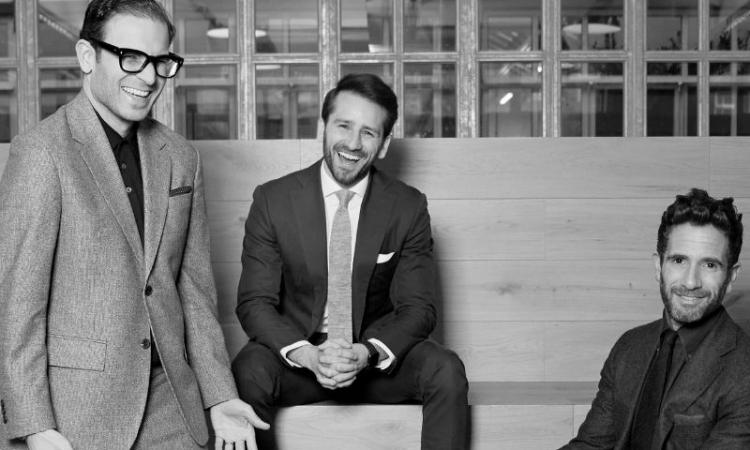 The new business, Compton, provides office leasing, development and capital investment advice to investors, developers and occupiers and was established following the team's departure from Colliers International. The founders have brought with them a team of 10 staff, together with their existing client base and property mandates. The deal sees the three founding partners re-establishing themselves as an independent agency, five years after successfully selling their Hatton Real Estate business to Colliers.

Shaun Simons said: "When we established the Hatton brand back in 2010, we aimed to adopt alternative marketing strategies harnessing the power of social media platforms and new school digital marketing techniques, that have since become widely accepted and mainstream within the property industry. Over a decade later, Compton plans on making an even bigger impact, with a core focus on its marketing capabilities, which will create significant reach and greater exposure for our clients' buildings."

Compton will continue to operate from its current base in Old Street until it relocates to its new headquarters in St John's Square in Clerkenwell in July this year.

"With decades of combined experience within London's most vibrant and dynamic sub-market, the City Fringe, we wanted to establish a brand that reflects our strong bond and intimate knowledge of the area," said Michael Raibin.

"Moving the business to the heart of Clerkenwell is extremely exciting for us, as we consider St John Square one of the key positions within the entire postcode. Our new building is an old period townhouse that we have always admired and have grand plans with how we intend to occupy."

Elliott Stern said: "Launching a new business focused on the London office market during a global pandemic has raised a few eyebrows, however, we consider this great city a sleeping giant, soon to be awoken and that we back unconditionally, as it is most certainly one of the greatest cities in the world. we back the district, we back the return to the office and most importantly we back ourselves, so are really excited to get going under the new brand."

To celebrate the launch of the new business, Compton has produced one of the signature promotional videos for which the team has become synonymous. Filmed in various locations across the City Fringe, the video highlights many of the attractions of the area.

Widely regarded as the dominant adviser in the important London sub-market, in February 2021 (as Colliers International) the Compton team was named as the top-performing agency firm in the City Fringe; a title the team has held over the last decade. In 2020, it was responsible for over 41% of the deals transacted in the City Fringe markets, totalling over 235,000 sq ft.