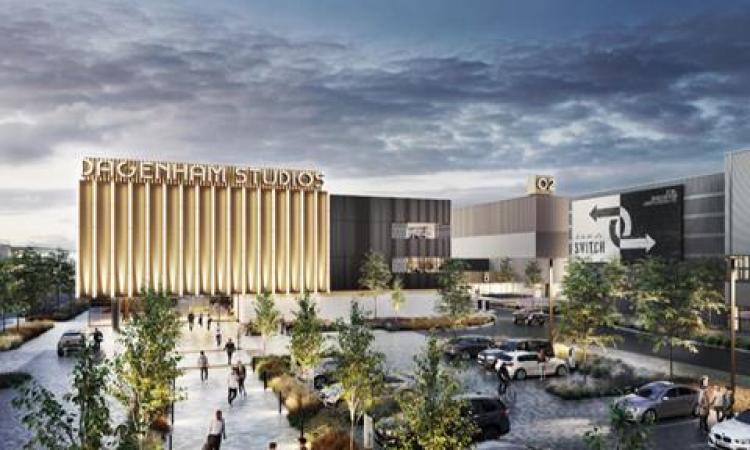 The Mayor of London, Sadiq Khan, has given his approval to major new film studios in Dagenham.

The Mayor has backed plans by Barking and Dagenham Council to build the capital’s largest film studios in Dagenham East, boosting the borough and London’s growing film and TV industries.

Jules Pipe CBE, Deputy Mayor for Planning, this week took the decision to allow Barking & Dagenham to determine the planning case itself.

The plans, which were approved by the council’s planning committee last month, will see six sound stages, productions offices and set construction workshops built on former industrial land in Yewtree Avenue. This will create an estimated 1,200 jobs and contribute £35m per year to the local economy.

The development follows a 2017 study, that was supported by the Mayor of London, outlining how Dagenham East represented an ideal opportunity for a new world-class film studio as demand for existing studio space in the capital grew.

Since then Dagenham has become a popular site for the film industry, with a new temporary studio already open and welcoming major productions, including Black Widow by Marvel and Morbius by Sony Pictures.

London’s culture and creative industries have been significantly impacted by Covid-19, but the demand for film and TV studios remains high and the industry will play an important role in the country’s economic recovery, with more than £3.6bn spent in the UK last year on film and television production.

The Mayor’s backing of the Dagenham plans will help regeneration company Be First as they discuss investment opportunities with interested parties on behalf of the company.

Last week the Government announced a £5m grant to the studios as part of the Getting Building Fund. This followed a bid by the Greater London Authority to support the Thames Estuary Production Corridor that also secured £3m to help modernise 3 Mills Studios in Bromley-by-Bow in a boost to east London’s culture and creative industries.

The Mayor of London, Sadiq Khan, said: “These spectacular new studios in Dagenham East will be a huge boost for the borough, the industry and our city.

“Our culture and creative industries have been significantly impacted by Covid-19, but our successful film and TV industries can play a key role in our economic recovery.

“These new studios will cement our position as a global capital for film and television, create 1,200 jobs and show the world that London is open to creativity – and always will be.”

Pat Hayes, Managing Director of Be First, said: “We’ve had a great deal of interest in the studio site and it’s clear that demand for studio space remains high in spite of the recession. We’re now assessing our delivery options and we expect to make a further announcement late in the Autumn. It’s clear that this could be a huge jobs generator for the capital despite the otherwise gloomy economic outlook.”

Adrian Wootton OBE, Chief Executive of Film London and the British Film Commission, said: “This announcement is fantastic news for the screens sector, for London and for the UK. Prior to the COVID-19 pandemic, the UK screen industries were enjoying record growth. As UK film and TV production safely restarts, I am confident we shall return to those levels, and exceed them, in coming years, playing our part in the capital and country’s recovery. To ensure this, we need bold decisions and continued investment such as this for the Thames Estuary Production Corridor to further bolster London's world-class studio offer, support economic growth and create valuable new jobs.”

Sarah Dance, Chair of Creative Estuary and Deputy Chair for the South East Local Enterprise Partnership said: “It is fantastic to see this project take such a step forward. This scheme demonstrates the potential of the Thames Estuary Production Corridor to support the Film and Television industry and wider creative sector. Investment in leading Performance and Production Arts facilities will stimulate the economy as London and the South East play a critical role in leading our cultural and creative industries into recovery."